2019 Inaugural Class of the Fluid Power Hall of Fame

HAMPTON, Middlesex, June 19, 2019 – Hallite Seals International is pleased to announce that Dr. Nick Peppiatt has made fluid power industry history with his nomination into the first Fluid Power Hall of Fame. Peppiatt was selected alongside four other inductees for his dedication and innovative contributions to fluid power technology. The International Fluid Power Society (IFPS) is the Hall of Fame host. To qualify to be nominated for the IFPS Hall of Fame, candidates must demonstrate excellence within their power career spanning 25 or more years verified by a 13-question application reviewed by a panel of judges. 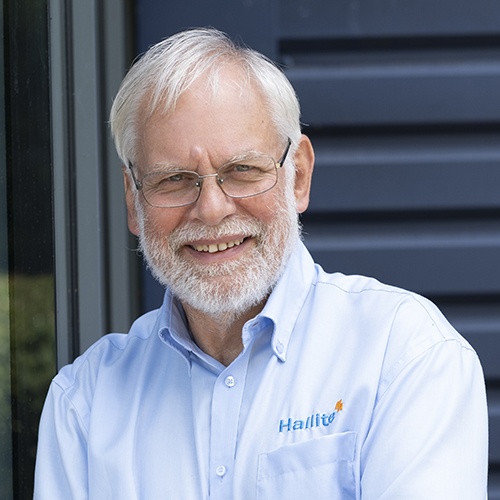 Peppiatt, a Chartered Engineer and a Member of the Institution of Mechanical Engineers, is a graduate of the University of Bristol. He entered the fluid power world in 1982 with his appointment as product design manager at Hallite. Later, he became the company’s technical manager. During his time at Hallite, Peppiatt managed the design, development, testing, and application of several innovative sealing solutions for fluid power cylinders. Included among his many achievements is design for seals used in mining applications that helped push the industry to new heights and into more efficient operations, such as longwall roof supports using high-water based fluids. His work also helped enhance the fluid power industry’s understanding of wiper seal technology for hydraulic cylinders, the application of CAD-to-seal design, and numerous additional topics. This enabled him to present several conference papers and publish more than forty technical articles on a wide range of fluid power sealing subjects.

Peppiatt is extensively involved in the development of reciprocating and related seal standards and has chaired the British Fluid Power Association committee TC7 ‘Seals and their housings’ (Incorporating BSI MCE/11) since 1992. He is also the convenor of ISO TC131/SC7/WG2 ‘Dimensions for seal housings’ and holds several patents. Before joining Hallite, he worked for Rolls-Royce Ltd in Derby as a graduate trainee and then returned to the University of Bristol to earn his Ph.D. He also worked as a senior research engineer at Wilkinson Match.

In 2012, Peppiatt retired from full-time employment at Hallite and began work as a part-time consultant driven by his passion and commitment to the advancement of the fluid power industry. This was exemplified in 2013 when his essay on ‘Reciprocating Lip Seals’ was published in the Springer Encyclopedia of Tribology—a reference book relevant to researchers and industry covering all aspects of the science and engineering around friction, wear, and lubrication. Peppiatt continues to contribute his knowledge and experience to the fluid power industry today.

“I’m very pleased to have been selected into the Fluid Power Hall of Fame by the International Fluid Power Society,” said Peppiatt. “This is a totally unexpected honour that I wish to share with the many colleagues throughout the world with whom I have worked over the years. My contributions to the industry would not have been possible without their knowledge, help, and advice.”

Peppiatt will accept his award at a dinner honoring the Fluid Power Hall of Fame inductees on Wednesday, September 25, in Seattle, Washington.